6:50 AM I’ve always enjoyed reading the Word Biblical Commentaries. Sure, some volumes are better than others, but Richard Longenecker on Galatians is one of the best. Longenecker, who turns 91 in July, is probably best known for his commentary on Romans in the Eerdmans NIGTC series. But his Galatians commentary is its equal in every way.

In reading a commentary, I always start with the author’s preface. It usually tells you everything you need to know about the book you hold in your hands — the author’s approach, why he felt he was justified in writing it and adding to the already bloated publication scene, his presuppositions, etc. Since we are in Galatians this week in NT 2, I thought I’d reread Longenecker’s preface to his Galatians commentary. What shocked me was how he and I think alike in so many ways.

First, he says he is “always concerned with the history of interpretation — that is, with how a subject has been treated in the past ….”

Second, he wants “to know as much as possible about the circumstances behind the writing and the purposes for which its author wrote.”

Third, he approaches the letter “asking about its literary structures….”

Fourth, he is “concerned with the meaning of words in a text, both as to how particular expressions were used in the day and as to how a given author shaped those expressions for his own purposes.”

Fifth, he is concerned with “the identification and tracing of similar themes and parallel ways of looking at things in roughly cognate bodies of literature with the hope of spawning fresh interpretive insights.

Sixth, he is interested in “the development of thought in the apostolic period and beyond.”

Finally, he considers “the relevance of the NT for Christian faith and life today.”

First, I am addicted to what in Europe is called Dogmengeschichte — the history of doctrine. In fact, in Basel there’s an entire department devoted to this subdiscipline. Last week in my NT 1 class, during our discussion of the Synoptic Problem, I spent a considerable amount of time talking about the historical origins of the Markan Priority Hypothesis, my point being that no theory arises in a historical vacuum. Indeed, when one understands the origins of that hypothesis, I believe a case can be made that, from the very beginning, it was a false start, as I try to point out in my book Why Four Gospels?

Third, what isn’t there to love about the literary structure of the book you’re studying? Longenecker sees a twofold division in Galatians: a Rebuke Section and a Request Section. My own outline differs from that a bit. But without at least discussing the structure of a writing (its forest, if you will), there’s really no point in looking at the trees and the tiny saps.

Fourth, I find no little pleasure in doing lexical analysis in texts and asking how the author employs those lexemes to accomplish his goal in writing. A good example is the lexeme pherō in Heb. 6:1, a nautical metaphor that seems to have been missed by a good number of commentators (David Allen being a notable exception in the NAC series).

Fifth, parallels have always enchanted me. In fact, when we’re studying Galatians, it will be helpful to ask how Paul has pursued the same or similar themes elsewhere in his writings (Romans, for example). When I did my orals in Basel, one of my assigned topics was Paul’s letter to the Philippians. I prepared diligently. During the exam, however, nothing was asked about Philippians specifically. Instead, a question might have gone something like this: “In Phil. 1:19, Paul speaks of suffering as the rule, not the exception, of Christian living. Where else in his letters does he develop the same theme?” My Ph.D. students know that I’ll occasionally do the same thing with them.

Finally, if you take God seriously, you have to take the life lessons of the New Testament documents seriously as well. The New Testament wasn’t given for our information but for our transformation. Exasperating as it can be, applying the text is a must. The only hitch is that you must cock an ear to the Bible and, above the humdrum of life, listen for the gentle whisper calling your name. 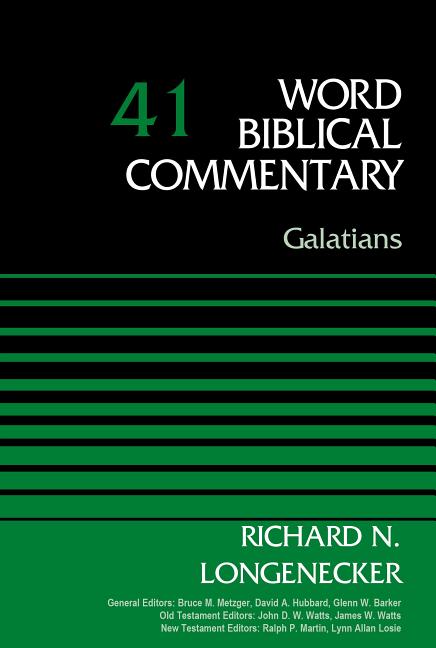